Barring any last minute change of mind, the Governor of Zamfara State, Bello Matawalle of the Peoples Democratic Party (PDP) will soon join the ruling All Progressives Congress (APC), having been convinced, cajoled, perhaps blackmailed into thinking that his political future will be jeopardized without being in the ruling party.

Unfortunately, the governor did not take into cognisance the many banana peels that lay ahead. He has forgotten so soon that the legal fireworks and INEC’s insistence that cleared the way for him to become governor even when he didn’t win the 2019 Governorship elections via the ballot boxes are still very much in place. 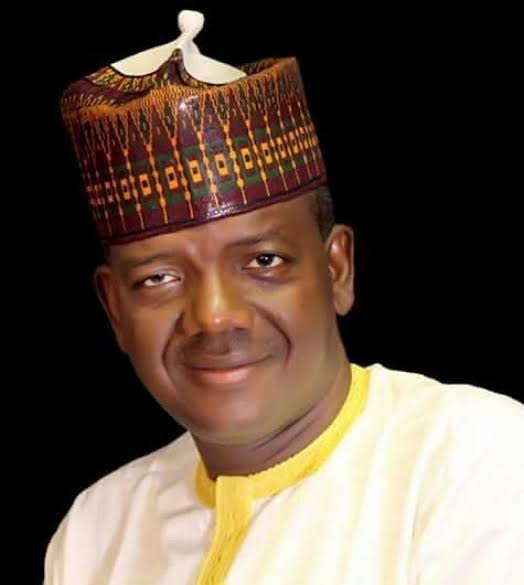 How will defection from one party to the other add value to the governor, who by all consensus appears to be doing well even in opposition, other than to grace Governor Mai Mala Buni’s many conquests as APC’s new sheriff. The party’s Caretaker Committee Chairman has had many successful runs lately; under his leadership, former Speakers Yakubu Dogara and Deji Bankole, Former Governor Gbenga Daniel who was Atiku’s Campaign Director General in 2019, and governor Dave Umahi of Ebonyi state have all decamped to the ruling APC.
Matawalle’s will add more feathers to Gov Buni’s already colourful crown.

The shape of things to come was recently revealed in a Punch newspaper interview with former Governor Abdulaziz Yari. The former governor, still embittered by the events of 2019, that “robbed” his candidate, Muktar Idris of the crown, stated unequivocally that Matawalle would lose his seat if he defects to the APC.

Talking about the apex court’s nullification of the APC candidate’s election which subsists till 2023, Yari said, “as such, until after that period, any PDP elected officer who defects to another party must also vacate his seat going by the court’s judgement”, adding that Mattawalle should not forget the “the circumstances that have made him to become the governor of the state”.

To be sure, decamping or defection or cross-carpeting has always been part of the country’s political development, a permanent feature among restless and power hungry politicians and their desire to belong to the centre (Abuja that is) always, never mind that if Nigeria is restructured as being agitated, Abuja may not be as relevant as it is today.

History is replete with cases of defections. As far back as pre-independence era in 1951, there was cross-carpeting from NCNC to AG, that resulted in NCNC’s majority of 42 becoming 22, thereby swelling the rank of AG and made it impossible for Dr Nnamdi Azikiwe to become the premier of Western Nigeria.

Since the birth of the new political dispensation in 1999, there have been many cases of defections for political advantage beginning with, Evan Enweren who decamped from APP to PDP after losing the governorship primaries in 1999 to become a senator, only to be rewarded with the Senate President’s position.

The highpoint of defection was that of a sitting Vice-President Atiku Abubakar (as it then was) who decamped from PDP to ACN, during his political battle with his boss, ex-President Olusegun Obasanjo; and in 2011, he again decamped back to PDP to contest the primary election with the then President Goodluck Jonathan.

The most absurd was that of Yuguda of Bauchi state, winning the governorship election in 2007 under the All Nigerian Peoples Party (ANPP) only for him to decamp to PDP. Ikedi Ohakim of Imo state moved from PPA to PDP, Aliyu Shinkafi of Zamfara won under ANPP and decamped to PDP and then lost; Saminu Turaki from ANPP to PDP.

Then the mother of all defections took place in 2014 when five governors moved from PDP to APC at its formative stage, leaving Jonathan bereft of major support base from the North. One of the consequences of that defection is his loss of the presidential election in 2015 and the weakening of the former ruling party.
Therefore, defection is as old as political developments in Nigeria, but while claims of marginalisation or imagined divisions or crises are justifications, in actual fact, issues of managing the huge egos of ‘big people’, personality clash, power tussle and struggle for control of party structures are always behind-the scene. Which takes me back to Matawalle. All these cases are near absent in Zamfara PDP, so who is pursuing Matawalle from the party and who is scheming for his downfall?

Does he think he cannot win the next election? Well, I think he can if he makes good governance his watchword. That’s what today’s Nigeria lacks and what Nigerians are yearning for.

As a serving governor under the PDP, his second term is as assured, guaranteed and as strong as the rock of Gibraltar. No one in his right senses dares to wrest power from a sitting governor in Nigeria, except that governor is a weakling or the challenger is playing games or seeking relevance. On the contrary, decamping to APC, will make the governor only first among equals; he may even have to take directives from the warrying godfathers that abound in the state. From former governors Abdulaziz Yari and Ahmad Sani Yerima, to combative Senator Kabiru Marafa, to the APC candidate(Muktar Idris) whose victory was legally taken away and given on a platter of gold to Matawalle, and other senior godfathers in the background, Matawalle will have to contend with managing the huge egos of these people and possible gang-up during his second-term bid.

Besides internal party feud that may lead to Matawalle’s waterloo if he moves to the APC, there are legal issues too. I’m not a lawyer and cannot tell, whether the Supreme Court ruling on Zamfara election as it concerns their candidate in the election in 2019 will remain binding during the 2023 election, but I’m aware of some ambiguities in the constitution that expose it to legal loopholes that politicians can exploit. Sections 68 1(g) and 109(1) and section 68(a) in particular of the 1999 Constitution states thus: “a member of the Senate or House of Representatives shall vacate his seat in the House of which he is a member if he being a person whose election to the House was sponsored by a political party, he becomes a member of another political party before expiration of the period for which that House was elected. Provided that his membership of the latter party is not as a result of a division in the political party of which he was previously a member or of a merger of two or more political parties or factions by one of which he was previously sponsored”

According to Dr Udeuhele Godwin Ikechukwu of the Political Science department of Ebonyi State University, Abakaliki, “the last part of the section provided an escape route for politicians to cross-carpet since there are always divisions within the political parties. It provided the platform for many legislators and governors who defected to justify their actions on the grounds of divisions or crises within their political parties since the 1999 constitution is not definitive on crisis or division that could cause defection or cross-carpeting. Three AD senators in 1999 – Wahab Dosunmu, Yemi Brimoh and Fidelis Okoro who defected to the PDP exploited to that constitutional provision which grants an elected member the right to defect if there is a division in his party”. Since then, it has always been defections galore to the ruling party, just to satisfy the interest of a few political leaders.

This is not a catch 22 situation for Governor Matawalle; the matter is as clear as daylight.
He has a choice to either remain where he is, or he will be sent to political Siberia. It is cold and lonely out there.