A few days ago, Asiwaju Ahmed Tinubu’s birthday was marked with a colloquium in the ancient city and most populous (this is debatable) state in the country, Kano. Kano is perhaps the most consequential state in election matters in the country, always churning out millions of votes that can make or mar a presidential candidate. Therefore, the symbolism of this birthday/colloquium being marked in Kano is not lost on perceptive Nigerians. To the best of my knowledge, this is not just unprecedented; it is the first and a watershed in the annals of political engineering in Nigeria. In order words it has a huge political undertone. 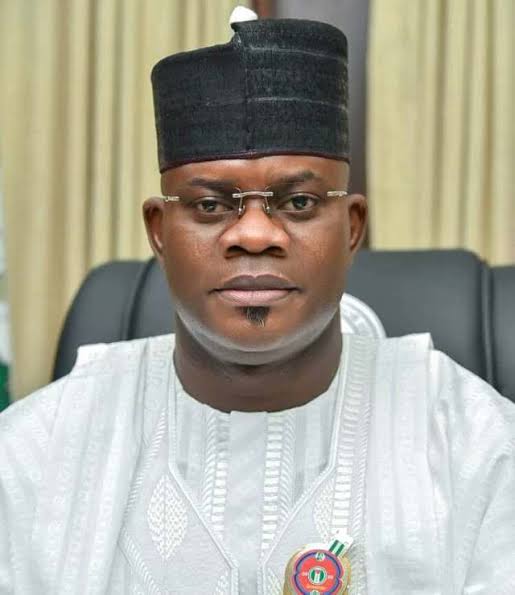 er day, the former Lagos state governor donated N50 million to victims of Katsina market fire. We all know the implications. I do not begrudge him; the North holds the ace, in determining who becomes the president in 2023, and as a beautiful bride, the region is courted by political gladiators.

It is not only Asiwaju Ahmed Tinubu that is strategizing towards 2023; Governor Yahaya Bello of the same party with Tinubu and the opposition party are planning too. Leaning on his party’s reregistration/revalidation exercise, as the chairman in charge of women, youth and PLWD mobilisation, the Kogi state governor is riding on the sentiment of women and youth demographic voting bloc to seek for power. Not to be left out is the opposition PDP, whose strategy is to keep mum or remain aloof about the zoning of presidential slot, a contentious issue in the country’s political firmament though.

Notwithstanding pervasive insecurity, and threats to the nation’s sovereignty, these visible politicians and others not so visible are carrying on and strategizing for the general election of 2023, with the highest trophy being the position of president—greatly sought after. I also do not blame the gladiators. The Nigerian president is the most powerful in the world, sitting on billion-dollar oil resources and more to dispense. Meanwhile, imagine how unfortunate it will be to preside over a tattered country. So, instead of making Nigeria’s survival their preoccupation, politicians only have their eyes on the ball, on how to win election to become president, governors, legislators or local government chairmen. If only the Nigerian politician thinks again, and rather directs their energies towards finding practical solutions to our myriad of challenges.
Politicians forget easily; and they only think of the next election. How did the APC forget that restructuring, or devolution of power is one of their campaign promises. If that had taken place, with all its attendant uncertainties, perhaps, no one, not even Tinubu, would have been talking of holding any position in Nigeria, because there might not have been a Nigeria as presently constituted in the first place. At the same event, the President spoke of the indissolubility and unity of Nigeria, but rhetoric about unity by a president who has not managed our diversity very well is an incongruity that smacks of hypocrisy.

Meanwhile, cracks capable of destabilising the ruling party are beginning to emerge. The battle between political gladiators like Tinubu and an early bird-youthful Governor Yahaya Bello could cause potential implosion. The governor’s forceful entry into a supposedly lone-race by Tinubu has got the tongues wagging: what is Gov Bello’s staying power? Can he fight the godfather and strongman of APC to a standstill? Who are the powerful people behind him? Importantly, as someone from the North Central, will the governor serve as a compromise candidate in an event that the North withdraws its support for Tinubu? What about the South East, whose politicians are moving in droves to the APC in order to be considered for the plum job? In an event that Tinubu emerges, where will he pick his deputy from? Because of the North’s voting populace, his choice of a deputy, from the North is likely to spark Muslims-Christians controversy, and if he chooses a Christian from the North, that could open a flak for the opposition to feast on. Whatever happens, 2023 would lead to alignment and realignment of forces, no one can envisage.

For the PDP, still smarting from the defeat of 2019, anything goes as long as it puts the party at an advantage, no matter how insensitive. On this basis, it is not a surprise that Gov Wike of Rivers state though not speaking for the party, indicated his readiness to support a Northern candidate. If that happens, it will permanently put an end to the zoning arrangement instituted by the Obasanjo government. If Wike’s pronouncement is anything to go by, it will not be the first time the party would betray its own arrangements. In 2011 when Ex-President Goodluck Jonathan was due to relinquish power after exhausting the remaining years of his boss and then President Umaru Yar’adua, in order to keep to its zoning arrangement, the PDP made a volte-face, jettisoned its regulation and insisted on Jonathan running. He did and won, but the consequence of the 2011 ill-fated decision played a part in the party’s disastrous outing in 2015.

Governor Wike said, “I’m from the Southern part of Nigeria. I will be happy if power returns to the South, but if PDP will win the 2023 presidential election by zoning the presidential ticket to the North, I will not be opposed to it”, to which the Igbos are already kicking.

Here lies the dilemma of our democratic process. For them all (politicians), it is all about winning election; no thoughts for justice and fair play, good governance and accountability, no consideration even for the country and even if half of the country is torn about through internecine conflicts, as long as Abuja remains standing, and there is revenue from oil to dispense recklessly, politicians scramble to rule over its remains. I think we deserve more than this; we do not need people who want power just for the sake of it; we want patriots who will put Nigeria first and worry more about the nation’s survival than its resources.

Kaduna 39 and Governor El-Rufai’s recalcitrance
I like El-Rufai’s courage of conviction and his public service record of bulldozing his way to get things done in the interest of the generality of the populace. More than 13 years after leaving Abuja as minister, his achievements (and the woes he created through demolition) are still being referenced. His tenure as governor of Kaduna state, controversial as it is, is yielding positive results in terms of infrastructure provision and some progressive decisions he has taken.

El-Rufai’s major problem is his utterances, even if what he says are inconvenient truths. His statement to the effect that he would not negotiate or pay ransom to bandits in the wake of the abduction of 39 students of College of Forestry Mechanisation is ill-timed and wrongly targeted. It portrays him as insensitive and not empathetic. I agree that governments should not indulge criminals in whatever guise through payment of ransom and when they (bandits) abduct innocent people, but it is wrong to say so openly when they (bandits) already hold you by the jugular, and have some innocent students in their possession. That statement has further emboldened the bandits, and unless El-Rufai is ready for an all-out battle, in which the bandits will put up their captives in front as cannon fodders, which could potentially lead to death, the governor doesn’t really have a choice than to negotiate.

In peace time, El-Rufai’s statement is a morale booster and it shows the readiness of government to protect its citizens, but this is not a normal time; definitely not when the bandits are already at an advantage. And there is also the personal responsibility. Will the governor make the declaration if his son or daughter is involved? Students woken up from sleep and barely clothed have spent more than two weeks in captivity in an open place in this inclement weather. El-Rufai, please have a rethink, unless you want the students to pay the supreme price for no offence committed. Negotiate now and get the students out.